How to Bypass BIOS Passwords

BIOS passwords can be add extra layer of security for desktop and
laptop computers, and are used to either prevent a user from changing
the BIOS settings or to prevent the PC from booting without a password.
BIOS passwords can also be a liability if a user forgot their
passwords, or if a malicious user changes the password. Sending the
unit back to the manufacturer to have the BIOS reset can be expensive
and is usually not covered in an a typical warranty. However, there are
a few known backdoors and other tricks of the trade that can be used to
bypass or reset the BIOS password on most systems.

Many BIOS manufacturers have provided backdoor passwords that can be
used to access the BIOS setup in the event you have lost your password.
These passwords are case sensitive, so you may wish to try a variety of
combinations.

WARNING: Some BIOS configurations will
lock you out of the system completely if you type in an incorrect
password more than 3 times. Read your manufacturers documentation for
the BIOS setting before you begin typing in passwords.

Other BIOS Passwords by Manufacturer

Press both mouse buttons repeatedly during the boot

Many motherboards feature a set of jumpers or dipswitches that will
clear the CMOS and wipe all of the custom settings including BIOS
passwords. The locations of these jumpers / dipswitches will vary
depending on the motherboard manufacturer and ideally you should always
refer to the motherboard or computer manufacturers documentation. If
the documentation is unavailable, the jumpers/dipswitches can sometimes
be found along the edge of the motherboard, next to the CMOS battery,
or near the processor. Some manufacturers may label the jumper /
dipswitch CLEAR – CLEAR CMOS – CLR – CLRPWD – PASSWD – PASSWORD – PWD.
On laptop computers, the dipswitches are usually found under the
keyboard or within a compartment at the bottom of the laptop.

The CMOS settings on most systems are buffered by a small battery
that is attached to the motherboard. (It looks like a small watch
battery). If you unplug the PC and remove the battery for 10-15
minutes, the CMOS may reset itself and the password should be blank.
(Along with any other machine specific settings, so be sure you are
familiar with manually reconfiguring the BIOS settings before you do
this.) Some manufacturers backup the power to the CMOS chipset by using
a capacitor, so if your first attempt fails, leave the battery out
(with the system unplugged) for at least 24 hours. Some batteries are
actually soldered onto the motherboard making this task more difficult.
Unsoldering the battery incorrectly may damage your motherboard and
other components, so please don't attempt this if you are
inexperienced. Another option may be to remove the CMOS chip from the
motherboard for a period of time.

Note: Removing the battery to reset the CMOS will not work for all
PC's, and almost all of the newer laptops store their BIOS passwords in
a manner which does not require continuous power, so removing the CMOS
battery may not work at all. IBM Thinkpad laptops lock the hard drive
as well as the BIOS when the supervisor password is set. If you reset
the BIOS password, but cannot reset the hard drive password, you may
not be able to access the drive and it will remain locked, even if you
place it in a new laptop. IBM Thinkpads have special jumper switches on
the motherboard, and these should be used to reset the system. 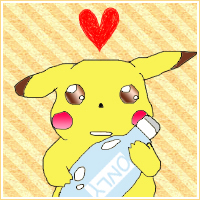